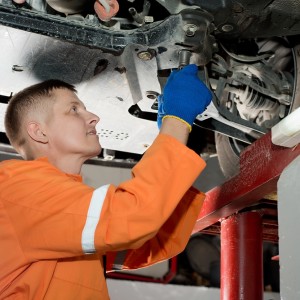 The cost of driving a car, SUV or minivan can be high, with gas, maintenance, insurance and other expenses.

That’s not a big surprise. But it’s something we often don’t think about in detail. And knowing the annual cost of driving can save you a lot of money to spend on other things – or save.

“Ever wonder where your money disappears every month? Take a look in your garage,” writes Andrea Coombes in an article titled “Mercedes or Ford, it costs a lot more than you think: Your car could be driving your budget into the ground” in The Wall Street Journal.

So, how much does your vehicle drain from your annual budget?  On average, more than $9,000 if you drive a sedan, according to AAA report, “Your Driving Costs – How much are you really paying to drive?” Even more on average if you drive an SUV or minivan, AAA reported.

The AAA study calculated the annual cost of driving associated with operating small, medium and large sedans, and then separately calculated the costs of operating an SUV or minivan. Driving costs in each category are based on average costs for five top-selling 2012 models selected by AAA.

By size category, the car models tested are:

In the SUV and minivan categories, AAA tested the following:

In fact, the minivan category outperformed large sedans, with a total cost per year of $9,795, or 65.3 cents a mile on average, AAA reported, while the SUVs were the most expensive category, with an average annual cost among the five models tested of $11,599, or 77.3 cents a mile.

The difference between the least and most expensive vehicles to operate? About $4,600 in one year.

More details of costs covered by the study are available online.

Used car prices have reached a new high. But shoppers still can take advantage of record savings on used cars, because the gap between used and new models “has reached the widest point that the industry has ever seen.” On…

The knee-jerk reaction to the thought of buying your kid a car is probably to go big or go home. Most times we equate size to safety, hence the reason you will often see teenagers driving their parents super-sized Suburbans…