What do Honda, Ford and Porsche have in common – besides the obvious, of course?

It was Honda’s third consecutive overall win and Ford’s second straight and sixth in seven years.

“[The awards] recognize automakers’ outstanding achievements in creating and maintaining brand attributes that capture the attention and enthusiasm of the new-vehicle buying public,” said KBB in a press release announcing the award winners across seven categories.

“The classic saying ‘perception is reality’ rings true with the brand image awards, as more than 12,000 in-market new-car shoppers have voiced their opinions about today’s automakers to determine this year’s award winners,” said Hwei-Lin Oetken, vice president of market intelligence for KBB.

“With strong product lineups and compelling marketing communications coming from auto manufacturers, along with the increased importance of peer reviews and ratings, consumers today are far more influenced than ever to take interest in a brand, ultimately affecting their purchase decisions.”

“Strong consumer perception of the Accord, Civic, CR-V and Odyssey, helped drive Honda’s success in once again earning the top honor among all automakers,” according to KBB.

Meanwhile, Subaru made the grade with help from the Impreza, Outback, BRZ and Forester models.

Porsche’s results were boosted by its popular 911 model, Panamera, Cayenne and Boxster models. 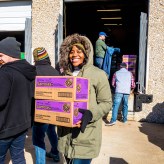