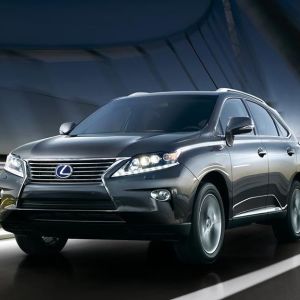 Well, not if you were driving one of the 15 new cars and other vehicles listed here.

At least that’s the opinion of Cars.com, which recently released its list of the most worry-free 2014 new car models available, with the “best mix of reliability ratings, expected maintenance costs and warranty.”

And who came out on top? Toyota, which, between its Toyota and luxury Lexus brands, dominated with 10 vehicles on the Cars.com ranking of 15 vehicles – fully two-thirds of the list – including the No. 1 ranked worry-free vehicle, the Lexus RX 450h, with a Kelley Blue Book price around $43,642.

Honda with three, including Acura, Chevrolet and GMC snagged the remaining five positions.

“Car shoppers have a lot to sort through when looking for a new car,” said Cars.com with release of its first worry-free index results. “Is it big enough for the family? Does it have good fuel economy? Often, one of their biggest concerns is how much a car will cost to repair over time.

“We took a stab at translating a lot of information to give shoppers more peace of mind,” Cars.com said.

But this blog also wanted to know which cars are most affordable among the 15 most worry-free, so we went to Kelley Blue Book for current market prices – taking the least expensive version of each vehicle. The vehicles on the Cars.com ranking range from $17,199 (KBB Fair Purchase Price) for the Honda Civic in 15th place on the index to the $68,030 Lexus LS 460 in 13th place.

The ranking resulted from an analysis of Cars.com consumer reliability scores and years of reliability data from two leading industry sources, J.D. Power and Associates and Consumer Reports.

Will car buying ever be the same? The Coronavirus (COVID-19) pandemic has forced Americans to rethink a lot of their buying habits – including car shopping – and dealerships to rethink the way they sell vehicles. “Suddenly, going to a…

The “D” word. Everyone thinking about buying a new car should know it. The D-word, or depreciation, is a big reason for not buying new – along with higher average prices and higher insurance rates – with the largest hit…