But the last four years December has been the No. 1 sales month for cars, trucks and SUVs.

So, then, do people really get cars for Christmas or Hanukkah – or is that just a myth created via advertising to help automakers rid themselves of current-year models and get a head start on the new year.

The answer could be both. 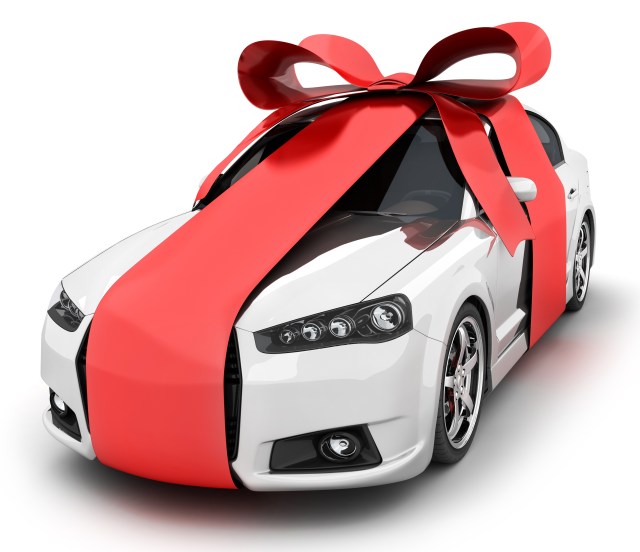 “Believe it or not, those corny commercials are accurate: People really do buy cars as gifts around Christmas time,” opined Tom McParland at Jalopnik, a popular automotive website.

Recent history seems to back him up, based on statistics from the U.S. Bureau of Economic Analysis, which has kept records on new vehicle sales since 1976. But those same statistics show nothing special about the month of December the previous 40 years of vehicle sales.

“The real reason for the barrage of car ads at the end of the year doesn’t have much to do with gift-giving at all,” wrote one blogger citing Bloomberg Businessweek. “While Christmas and the end of the year give the ads a nice theme, manufacturers and dealers really just want to move the last of the previous model year of cars off their lots and into your driveway.”

Americans bought 1.66 million cars last December, but it’s difficult to pin down how many were gifts.

Last year, The New York Times reported that cars as presents represent “10 percent or more of December sales for luxury auto dealers,” according to brand representatives and dealers. That would be more than 22,000 luxury vehicles based on automakers’ sales figures.

If an equal percentage of non-luxury vehicles were gifts, the result would be another 166,000 vehicles – although other, perhaps more realistic, estimates would put that figure as low as 25,000.

Still, that would mean a minimum of nearly 50,000 cars, trucks and SUVs were purchased as gifts.

Of course, some of that may be spurred by the bargains that often are available as dealerships and their sales people strive to meet monthly, quarterly and annual sales quotas.

And some may be caused by holiday advertising, no matter how unrealistic or repetitive the messaging.

“The fact that the brand might annoy some people could still be fine from a business perspective,” Derek Rucker of Northwestern University told the Chicago Tribune. Because it can create a “positive halo” around a brand even if buying a car as a holiday gift is not possible.

So, then, do people really get cars for Christmas or Hanukkah?

“The quick answer is, they do,” wrote the Tribune’s Christopher Borelli. “The more complicated answer is, not many do – certainly not as many as endless airings of holiday car commercials may suggest.”

You don’t have to be a gearhead. Or a car dealer. Or a technology maven. Auto shows with all that gleaming metal don’t have to make you starry-eyed or soft at the knees. If you are a practical, deliberate car…