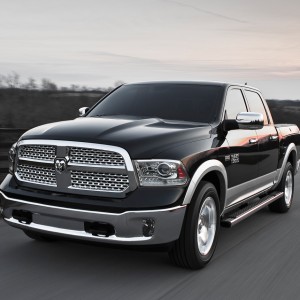 Three pickup trucks and eight U.S.-produced products are among the Top 10 used-vehicle choices for non-prime buyers, says a recent report.

Vehicles produced by foreign manufacturers fared better among new-vehicle choices for non-prime buyers, splitting the Top 10 evenly with U.S. produced vehicles. Non-prime buyers are those with credit scores not considered among the best, or less than about 700. More than 50 percent of credit scores fall into sub-prime categories, according to Experian credit-rating service.

The survey of vehicle choices was conducted by CarFinance.com from October 2012 to March 2013.

Other vehicles making the Top 10 list for non-prime buyers are:

“This is a consumer looking for multi-use trucks and larger, fit-the-whole-family vehicles, but seeking those relatively high-cost vehicles at the significantly lower used price point,” said Jim Landy, CarFinance president and CEO.

The report, based on the company’s financing data, indicates that below-prime, new-car-purchasing behavior differs from the car buying population as a whole: only one model, Dodge Ram, consistently topped both CarFinance.com’s below-prime and overall industry top ten sales lists.

Pickup trucks are among the best-selling vehicles in the U.S. Finding a new one at a bargain price can be a challenge with the average transaction price of even a mid-size truck at $37,995 and the price of new vehicles…

New Year’s Eve is the Black Friday of car sales. Or at least something close to it. Dealers are motivated to sell before time runs out on the current year and shoppers can take advantage. “Even when sales are strong…