Buy a Toyota Land Cruiser and chances are you’re keeping it for a while.

The large sports utility vehicle tops the list of the 10 new vehicles that owners keep the longest, at an average of 10.6 years, according to a study by iSeeCars.com, an automotive data and research website.

“While the cars on the list are all recognizable, only one of America’s best-selling cars, Ford Explorer, made the list of original-owner favorites,” said iSeeCars in announcing the list.

The Explorer tied the Toyota Sequoia at an average of 8.9 years of new-vehicle ownership.

Rounding out the iSeeCars Top-10 list of longest-owned new vehicles were the Chevrolet Corvette, Toyota Avalon, Toyota 4Runner and Audi TT, all at 8.8 years.

Toyota had the most vehicles on the list with four, while Ford captured two spots.

One of the reasons drivers hold onto these particular models the longest before selling them may be their unique features, said iSeeCars.

Commenting on the three seven-seat SUVs on the website’s longest-owned list – Toyota 4Runner, Toyota Sequoia and Ford Expedition – Ly observed: “These vehicles tend to log high miles and take a beating. Parents who keep these cars longer probably aren’t ready to replace them until their kids get older and they know their new car won’t get destroyed.”

Four sporty cars among the models original owners love to keep – Porsche Boxster, Mercedes-Benz SLK, Chevrolet Corvette and Audi TT – “all have a timeless look that makes them instantly recognizable on the road,” said Ly. “As a result, older models of these cars don’t look outdated.”

“While the three imports have been on the market for about 20 years, their styling is very similar to their original designs. Even the Corvette, which is in its seventh generation, has a modernized version of the classic lines it first sported in 1953, making it easy to spot by even a novice car enthusiast.”

“The key to buying a new car people love enough to keep for a long time is taking the time to find something that truly fits their personality and long-term needs,” said Ly. “Car shoppers should do solid research upfront, calculating the costs of ownership and spending enough time on test drives to make sure everyone who’ll be in the car is really comfortable.” 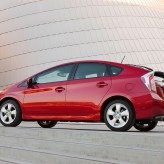 Finding a dependable used vehicle isn’t as difficult as tracking down a unicorn or Bigfoot or a chupacabra. But sometimes it might seem that way. Especially if dependable used cars are something you look for only once every few years…. 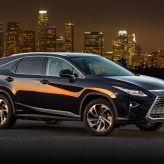 Flawless. Even with the best used-car brands, it’s a word you usually won’t read. And, really, you won’t read it here except for the mention above, because it’s a practically impossible standard to apply to car brands, especially for three-year-old… 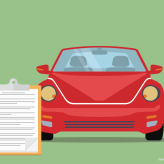 Shopping for a car is easier said than done. But it’s done every day – sometimes by shoppers who don’t know what they’re doing. We’re going to try to make sure you aren’t one of those by sharing the most…