It may be the right time, at last, to purchase an electric vehicle.

But annual fuel savings now could be enough to wipe out most of the difference in sticker prices between EVs and their gasoline counterparts in many states, for now, based on research from the University of Michigan Sustainable Worldwide Transportation (UMSWT) program.

That would be a savings of more than $4,000 for EV purchasers over the average 6.5 years of ownership. Combined with the federal income tax credit of up to $7,500 (while it’s still available) and some state rebates where available, total savings could reach $14,000.

Are you getting left behind by the electric-vehicle revolution?

That’s more than enough to make up the $11,260 difference in manufacturer’s suggested retail price between a 2018 model gasoline-powered sedan from a major U.S. automaker and its EV version, and almost enough to bridge the $16,000 price gap between a 2018 model gasoline-powered compact car by an Asian manufacturer and the electric version of the vehicle.

The calculation carries some conditions and varies by state, but you can see where this is headed.

The 10 states where electrics have the biggest advantages based on energy cost are Washington, Oregon, Idaho, Louisiana, Utah, Montana, North Dakota, Nebraska, Arkansas and Kentucky. And the 10 states where electrics have the smallest advantages are Hawaii, New Hampshire, Connecticut, Rhode Island, Massachusetts, Vermont, New York, Alaska , Maine and Wisconsin.

“It is generally acknowledged that, in the United States, driving battery electric vehicles tends to be less expensive than driving gasoline-powered vehicles,” Sivak and Schoettle wrote in their report.

In all of these examples, and generally, energy savings made a big difference in the affordability of EVs, even when they remained more expensive than their gasoline-powered counterparts.

Of course, the math could change if you don’t earn enough to owe at least $7,500 in income taxes to receive the full credit, if federal EV and/or state incentive programs end – which, at some point, they surely will – or if the EV price premium is greater than our modestly priced examples.

But the calculation apparently is worth the effort if you’re inclined to go electric right now. 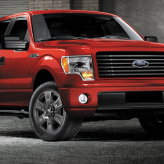 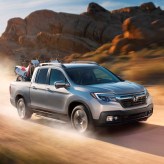 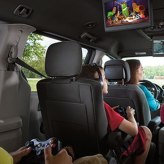