The best-performing cars aren’t just those that accelerate quickly from 0 to 60 mph.

But whether they also are “ecologically sustainable, socially equitable and economically viable,” according to Automotive Science Group (ASG) in its 2019 performance ratings report.

ASG, which says it is “changing the way we define value in today’s automotive marketplace by providing data-driven ratings,” named four brands among 32 considered for five “best” brand awards – all-around, environmental, economic and social performance, and most distinguished.

The brand winner was Japanese automaker Mitsubishi, which landed 10 awards overall. However, Toyota was named the most-distinguished brand.

Meanwhile, “Toyota’s diverse offerings across classes in both the SUV and car segments earned 14 unique distinctions, from the RAV4 Hybrid and Highlander Hybrid, to the Prius C, Prius Prime, Prius Eco and Yaris Sedan,” ASG reported. “Collectively, Toyota impresses with its longstanding hybrid technology, and its renewed push into the car electrification zone with the Prime variant.”

Multiple award winners in the car segment were the Hyundai Ioniq (two models) and Toyota Prius (three models), both with six awards, the Mitsubishi Mirage with four, and three models with two each.

Here are the brand ratings winners, which take into account awards in crossover and SUV segments:

* Crossover and SUV segments will be revealed in our next blog post.

Besides taking account of typical performance factors, ASG said it sought to identify costs that have “a measurable impact not only on the consumer’s best financial interest, but on the best interest of the environment in which we live and the global community of which we are all an equal part.”

Vehicles included in the ASG study were 1,640 current-year models or variants in full production and widely available to North American consumers this year. 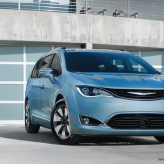 Impressive. That’s one way to describe the number of winners and the breadth of categories recognized by Consumer Guide Automotive’s Best Buy Awards for 2017. Helpful would be another: It’s a good place to start if you’re shopping for a… 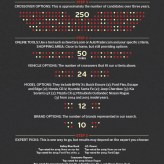 Looking for a car – new or used – can be complicated. Especially if you’re not sure how to narrow down the choices that are available to you. Among the complications is the fact that there are approximately 2,700 used… 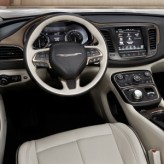 Sure, it’s great to have a nice shiny car – new or used. Some may imagine making heads turn admiringly as they drive down an expressway or on a city street. We all know that the outward appearance of our…