Don’t be fooled by the headline.

The best cars to buy if you’re looking for value of course includes SUVs and pickup trucks.

In this case, the best values are defined by Vincentric, which analyzes vehicle ownership costs including depreciation, fees and taxes, financing, fuel, insurance, maintenance and repairs.

The result is Vincentric’s 2020 Best Value in America Awards, a list of five brands and 34 vehicles that offer owners superior value based on testing of more than 3,000 vehicle configurations.

“There’s a broad range of factors that affect a vehicle’s cost of ownership,” explained David Wurster, Vincentric president. “The awards consider all costs incurred by owning and operating a vehicle to give consumers a big-picture look at which vehicles will provide the best value over time.”

Overall, Toyota Motor Corporation outperformed their competition by winning a dozen awards, more than double any other manufacturer, according to the Vincentric analysis, followed by American Honda with five total awards and Subaru with four awards. Other multiple-award winners were Ford, Mercedes-Benz, Audi and Volvo, while nine brands won a single award each.

Toyota took home seven model-level awards – including the Tacoma pickup, which has won a “staggering” 16 consecutive years in its category – while Lexus, Toyota’s luxury nameplate, earned three, and both received brand awards.

Following are the brand and model-level winners of Vincentric value awards:

More details on the award winners, including reasons they were selected, are available at the Vincentric website. 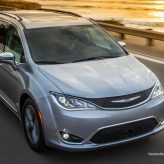 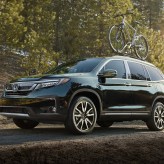 About one-third of vehicle shoppers purchase new models. If you will be among those seeking the “Best Buys” for 2019, you probably are going to do a lot of homework beforehand to make sure you get the vehicle that best… 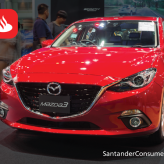 You don’t have to spend a lot of money to buy a cool new vehicle. In fact, Kelley Blue Book has identified 10 new cars under $18,000 that meet their definition of “cool.” Atop the list for the third consecutive…