There are Top Safety Picks.

And then there are Top Safety Pick+ awardees, according to test results from the Insurance Institute of Highway Safety (IIHS).

AND THEN, there are Top Safety Pick+ awardees with really good headlights.

Another 31 vehicles received Top Safety Pick+ awards, which required an acceptable headlight rating in addition to good ratings on six other crash and crash-prevention tests.

All IIHS award-winning vehicles had to receive good ratings in the small overlap front, moderate overlap front, side, roof strength and head-restraint tests, as well as an advanced or superior rating for front crash prevention with standard or optional autobrake.

The IIHS started the Top Safety Pick awards program in the 2006 model year to help consumers see the light on vehicles with the best safety performance without having to sort through a lot of ratings information. The Top Safety Pick+ award was introduced in the 2013 model year.

“The field of contenders is smaller this year because so few vehicles have headlights that do their job well, but it’s not as small as we expected when we decided to raise the bar for the awards,” said Adrian Lund, IIHS president. “Manufacturers are focusing on improving this basic safety equipment, and we’re confident that the winners’ list will grow as the year progresses.”

Other Top Safety Pick+ award winners by category are:

IIHS launched headlight ratings after finding that government standards based on laboratory tests allow for “huge variation” in the amount of illumination on the road.

“Nighttime visibility is critical to highway safety because about half of traffic deaths occur in the dark or at dawn or dusk,” the insurance organization reported.

In the evaluations, engineers measure how far light is projected by low beams and high beams as a vehicle travels straight and on curves, while low-beam glare for oncoming drivers also is measured. Vehicles equipped with high-beam assist, which automatically switches between high beams and low beams depending on the presence of other vehicles, can get extra credit.

“Evaluations show that a vehicle’s price tag doesn’t correspond to the quality of headlights,” IIHS said. “More modern lighting types, including high-intensity discharge (HID) and LED lamps, and curve-adaptive systems, which swivel in the direction of steering, also are no guarantee of good performance.”

The IIHS updates its ratings throughout the year, so check back regularly if you’re shopping for a new vehicle. 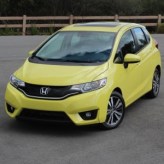 And the winners are … No, not Academy Award winners. You’ll have to wait until Feb 22 for those. We’re talking about U.S. News & World Report’s “2015 Best Cars for the Money” award winners. American Honda Motor Company and… 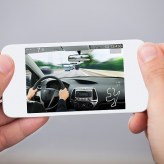 Watched any good online videos lately? If you’re shopping for a new vehicle, chances are pretty good that you have – and that that video content will influence your next purchase, new or pre-owned. And, if you’re just starting your… 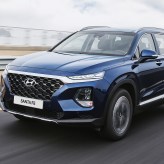 If you’re like most Americans, your next vehicle will be used, not new. And you may wonder where to find a great used vehicle for your next purchase. Which might make the 2019 North American Car, Utility and Truck of…