Chosen from among five finalists in each category are:

Performance Car of the Year

Truck of the Year

Commercial Vehicle of the Year

“Highlighting environmental achievement by commercial vehicles, trucks and performance cars – vehicles that have rarely been ‘green’ by nature – is increasingly important,” said Ron Cogan, editor and publisher of Green Car Journal and GreenCarJournal.com.

“For years, automakers have focused on designing and building mainstream sedans, hatchbacks and even crossover vehicles offering greater efficiency and improved environmental performance. An expanding focus on workhorses like pickups and light commercial vehicles, and now even performance cars, means buyers in these segments also have an opportunity to drive ‘green.'”

Green Car of the Year

The San Antonio announcements tee up Green Car Journal’s 2018 Green Car of the Year award at AutoMobility LA on Nov. 30 in Los Angeles, just prior to the Los Angeles Auto Show.

The magazine and website calls the five finalists – the Honda Accord and Clarity, Hyundai Ioniq, Nissan LEAF and Toyota Camry – “models offering consumers varying ways to drive ‘green’ that fit their unique needs and sensibilities, and are readily available to the mass market.”

“This year’s Green Car of the Year finalists reflect the continuing evolution of the automobile and the drive toward ever-greater environmental compatibility,” Cogan said previously.

Reviews of the five finalists ranged from the new Camry’s “sportier and more dynamic” character to the Clarity’s “appealing design” and luxurious appointments, from the LEAF’s sportiness to the Ioniq’s “unique styling cues and character” and Accord’s “style, efficiency, and performance.”

During its vetting process, the Green Car Journal jury and editors looked at all vehicles, fuels and technologies before narrowing the field of potential candidates to a final five “for their achievements in raising the bar in environmental performance.” Criteria include efficiency, performance characteristics, “newness,” affordability, availability to the mass market and overall environmental achievement. 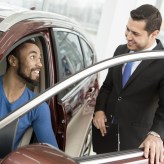 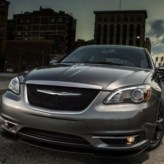 Average Americans can no longer afford to purchase the average new car or truck, according to a new study by Interest.com. “That’s the sobering result of Interest.com’s 2014 Car Affordability Study, which determined how much the typical household in the… 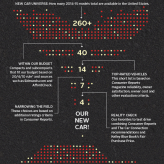 Looking for a new car (or used) is not always a simple thing. And it can get downright complicated if you’re not sure how to narrow down the choices. Among those complications is the simple fact that there are more…