It seems pretty safe to say that Santander Consumer USA has heart.

The proof is in the fundraising – almost $60,000 total in this case – the amount collected for the American Heart Association through a SCUSA campaign.

The SCUSA fundraising effort in Dallas lasted about a month starting in August and culminated with associates’ participation in the 20th annual Dallas Heart Walk on Saturday, Sept. 13.

“The unofficial total [raised] is $48,114,” said Kate Gatlin, corporate communications specialist at  company headquarters in downtown Dallas. “That does not include some money that has been turned in here at Thanksgiving Tower, so we probably are closer to $50,000. Our company-wide goal was $32,500, so I think it’s safe to say that we have far exceeded our goal.”

Every year, SCUSA partners with the Heart Association to raise money that will be used toward preventing, treating and defeating heart disease, stroke and other cardiovascular diseases and to “encourage SCUSA associates to live our value of community service by raising money to support this charitable organization,” according to the company’s culture and engagement team.

The Dallas event, which covered a three-mile course beginning at the base of Reunion Tower, is the largest Heart Walk in the country, with tens of thousands of participants.

“Joining in the American Heart Association fundraising activities and walk was a great experience,” said Charlotte Lowe, senior vice president of Consumer Compliance. “Whether you are a new SCUSA team member or veteran, participation makes you feel that you are contributing to the team while meeting colleagues and enjoying the friendly SCUSA culture.

“On the day of the Heart Walk, it was amazing to see more than 70,000 people come together for a great cause,” Lowe continued. “Our Compliance team is proud of the funds we raised, and we will be the team to beat next year, because we’re already making plans.”

“The Heart Walk has always been important to me,” said Rob Lawson, a SCUSA OFAC officer and compliance examiner. “I have lost several loved ones to heart disease, including my dad and both sets of grandparents. This year, the Heart Walk touched a little closer to home. In August, I had to have two stents implanted myself. Next year, I plan to recruit team members and start campaigning for donations much earlier in order to raise as much money as possible.”

“Seeing the thousands of walkers participating was overwhelming and exciting at the same time,” said David Jaramillo, senior manager of Talent Acquisition. “And knowing that everyone there was helping to save lives made it even better. I’m glad to be a part of an organization that encourages community involvement and participates in events like the annual AHA Heart Walk.”

Jaramillo also took some of the photos of the Heart Walk event that accompany this blog post.

Before the Heart Walk, SCUSA raised funds at a tomatina toss during “We Are Santander” week in June, and through gift-basket silent auctions, SCUSA shirt sales, contests, a pie-in-the-face event, dress-down days, painting auctions, and food, snack and bake sales. Glenn Harper, SCUSA’s chief technology officer, even made the rounds as the AHA Tree of Hearts to collect donations.

“This is my fourth year being involved in the campaign to raise funds for AHA, and once again I am humbled by the time, energy, support and monetary donations from our associates here the Lewisville office of Santander,” said Rhonda Lilly, assistant vice president of business operations.

“This is such a great cause as so many of us have been or have a loved one that has been impacted by heart disease. I’m very proud of what Santander has accomplished this year for AHA.” 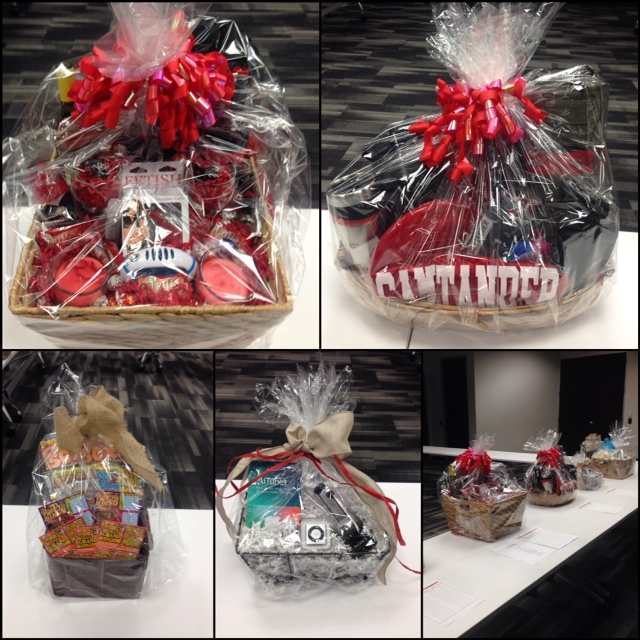 It was the perfect day for a trip to the ballpark. Santander Consumer USA (SCUSA) hosted an employee and family fun day with a trip to Coors Field for its Denver, CO, employees. The home of the Colorado Rockies major…

The following post originally appeared on our RoadLoans blog, The Open Road. This is NOT a bill. Really. Although the statement you receive in the mail may look like a payment notice, Santander Consumer USA doesn’t send out monthly bills to our…