Automakers are meeting the challenge of producing safer vehicles, regardless of the impression left by last year’s spate of recalls.

At least that’s the verdict of the Insurance Institute for Highway Safety.

The number of 2015 vehicles earning the IIHS safety pick stamp of approval rose to 71 models from 39 last year, with nearly half of those receiving Top Safety Pick+ recognition.

Most vehicles produced in recent years have little trouble with IIHS’ moderate overlap front, side, roof strength and head restraint tests, according to the organization. But that’s not the case with the small overlap front test, which was introduced in 2012 and “replicates what happens when the front corner of a vehicle collides with another vehicle or an object such as a tree or utility pole.”

The Institute is an independent, nonprofit scientific and educational organization that seeks to reduce deaths, injuries and property damage from crashes on the nation’s roads.

Among the 33 brands receiving Top Safety Pick+ awards in 10 categories were Subaru and Toyota, five each; Volvo, four; Acura (Honda), Lexus (Toyota), Mazda, three each; Infiniti and Mercedes-Benz, two each, and one apiece for Audi, BMW, Chrysler, Honda, Hyundai and Mitsubishi.

“State-of-the-art safety doesn’t have to cost a lot of money,” Lund said. “The list of safest vehicles includes many affordable family sedans, SUVs and minivans.”

More information and a complete list of Top Safety Pick awards are available at the IIHS website.

Then, when you’re ready to purchase a new car, truck or SUV, make sure you check out Santander Consumer USA, which provides indirect financing through 14,000 dealerships nationwide – ask for us among your financing options – or through Chrysler Capital purchase or lease programs or through SCUSA’s direct-to- consumer RoadLoans program. 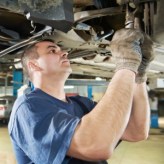 Millions of cars on American roads have been recalled but not repaired, a problem amplified by the large number of vehicle recalls so far this year. That’s not the fault of the automakers, who, by definition, intend to fix the… 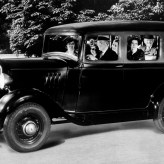 At 85 years old, most of us will be well into retirement. But not the Chevrolet Suburban. “The world was a vastly changing place still reeling from the effects of the Great Depression,” said a press release from Chevrolet about… 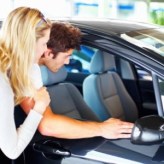 Did you just graduate from high school? Are you trying to figure out what your next steps in life will be? Whatever your situation, you most likely will need a car. So to help all you recent high school (or…