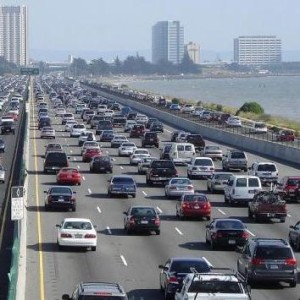 Automobile travel will retain its traditional spot at the top of transportation modes Americans use for the Memorial Day weekend period, May 23-27, according to a survey by the American Automobile Association (AAA).

“Approximately 31.2 million people plan to drive to their destination, an increase of 0.25 percent from the 31.1 million who drove last year,” Heather Hunter, AAA public relations director, wrote in a press release earlier this week. “Almost nine out of ten holiday travelers (89 percent) will take to the nation’s roadways during the Memorial Day weekend.”

Overall, AAA Travel projects “34.8 million Americans will journey 50 miles or more from home during the Memorial Day holiday weekend, a 0.9 percent decrease from the 35.1 million people who traveled last year,” Hunter wrote. “The anticipated decline in holiday travel is predominately due to a decline in air travel of eight percent, fee fatigue among travelers and a waffling economy.”

“AAA is forecasting Memorial Day travel  to be slightly lower this year due to an up-and-down economy, the impact of the end of the payroll tax holiday on working families and a 30-year low in the percentage of working age people in the workforce. Additionally … the sequester is now beginning to be felt resulting in reduced economic growth expectations.  These and other variables are expected to result in fewer travelers this holiday. ”

Other findings of the AAA survey are:

“A survey of intended travelers found that gasoline prices would have no impact on plans for 62 percent,” AAA reported. “Of the remaining 38 percent of travelers who said gas prices would impact their travel plans, 27 percent plan to economize in other areas.  Eight percent are planning to take a shorter trip and three percent will travel by an alternate mode of transportation.”

“Since national gas prices peaked at the end of February, motorists nationwide have felt welcome relief at the pump,” AAA’s Hunter wrote. “However, current gas prices are in line with this time last year and not expected to have an effect on travel plans.”