Brands that you wouldn’t necessarily think have much in common.

But one thing Lexus and Buick do share is recognition by J.D. Power as having the highest customer satisfaction among luxury and mainstream brands, respectively.

Despite leading its category, Buick ranked just ninth among the top-10 brands scored by J.D. Power and its 1,000-point scale, with the remainder of the top brands falling in the luxury category.

However, Buick was the only manufacturer that received a perfect score (25/25) from owners and lessees for service initiation, service adviser, service facility, vehicle pickup and service quality, the criteria comprising an overall customer satisfaction score.

Among manufacturers, General Motors scored strongest with four brands in the top five of their respective categories – Cadillac, fifth among luxury brands, and Buick, first; GMC, third, and Chevrolet, fourth, among mainstream brands, according to J.D. Power.

Following is J.D. Power’s CSI ranking of the top-10 mainstream brands based on its 1,000-point scale, along with JDPower.com Power Circle Ratings for customers:

Following is J.D. Power’s CSI ranking of the top-10 luxury brands based on its 1,000-point scale, along with JDPower.com Power Circle Ratings for customers:

“Quality of automotive service continues to show significant improvement and is driving an increase in overall customer satisfaction,” according to J.D. Power.

And it’s clearly something shoppers should have in mind when they’re looking for their next car. 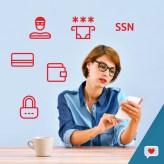