That’s pretty much what you get this weekend at the DFW Auto Show in the Kay Bailey Hutchison Convention Center in Dallas, TX, but on a grand scale.

The DFW event holds a special spot on the calendar between Chicago and New York auto shows. While not as big as those events, it serves the purpose for those who attend, and if you are a practical, deliberate car shopper, attending an auto show like this just makes sense.

“Where else can you find more than 650 trucks, SUVs, sedans, sports cars and energy-efficient vehicles representing nearly all major manufacturers, all in one easily walkable venue?” asked Don Herring Jr., auto show chairman in a press release heralding the event.

“It’s like a giant showroom; look under a hood, pop a trunk and check out the legroom of hundreds of new vehicles in just a few short hours.”

Auto shows are scheduled in Denver, Houston, Birmingham and Tulsa two weeks later, and the New York International Auto Show is just a week after at the Javits Center in New York City.

You don’t have to be a new-car shopper to attend, but a car show is liable to make you one.

“Auto shows have been around for almost 120 years, and they continue to be one of the most effective ways to reach consumers who are in the market for new vehicles,” Herring said.

Here are some of the highlights of the DFW show:

Vehicles from Aston Martin, Bentley, Maserati, McLaren and Rolls-Royce, with the spotlight on the all-new 2017 Aston Martin DB11, Bentley Bentayga and Maserati Levante.

And if doing is more your thing, there is the Ride & Drive event comprising 15 manufacturers and more than 75 vehicles to test drive through the streets of downtown Dallas. The event includes a range of pickup trucks, SUVs, crossovers, sedans, convertibles and energy-efficient hybrids from Acura, Buick, Chevrolet, Fiat Chrysler Automobiles (including Chrysler, Dodge, FIAT, Jeep and Ram), Ford, GMC, Kia, Mazda, Nissan, Subaru and Toyota.

The show is produced by the Dallas Fort Worth Metropolitan New Car Dealers Association, a trade association comprising about 200 franchised new-car dealerships in 11 North Texas counties that represent more than $10 billion in new and used car sales annually.

There’s plenty more about the DFW show and others at the links above.

But you get the idea. 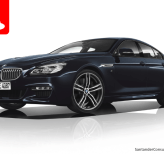 The year has barely started and automakers already are beginning to turn the page to model year 2018. About two dozen new or redesigned models already are showing up in photo galleries and newsletters, including Kelley Blue Book (KBB.com), CheatSheet… 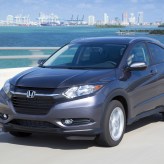