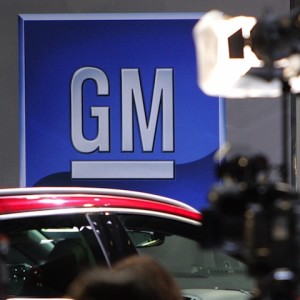 With all the challenges General Motors has faced in 2014, perhaps the last place you might expect to find the carmaker is atop the heap of model/segment winners in the annual J.D. Power Initial Quality Awards.

But that’s exactly where the American automaker is for the second straight year, with six trophies, beating out second-place finisher Hyundai, which captured five segment awards.

General Motors and Hyundai combined won outright or tied for nearly half the 23 segment awards.

Porsche finished best among nameplates, also for the second consecutive year, according to J.D. Power, and General Motors was the highest-ranked American nameplate while finishing sixth overall.

The J.D. Power study, now in its 28th year, captures data on problems experienced by vehicle owners during the first 90 days of ownership. Initial quality is determined by the number of problems per 100 vehicles (PP100), with a lower score reflecting higher quality.

The overall results of the study showed an increase in the number of problems of 3 percent as “automakers continued to be challenged when introducing sophisticated technologies in new vehicles.”

“Automakers are trying to give consumers the new features and technology they want without introducing additional quality problems to their vehicles,” said David Sargent, vice president of global automotive at J.D. Power following announcement of the awards. “However, almost all automakers are struggling to do this flawlessly, with some consumers indicating that the technology is hard to understand, difficult to use, or simply does not always work as designed.”

The results of the study are important because “even problems experienced in the first 90 days correlate strongly with ultimate repurchase behavior,” Sargent said. “These early problems can set the tone for the entire ownership period and still have an effect years later when consumers replace their vehicles.”

The study, which was fielded between February and May 2014, is based on responses from more than 86,000 purchasers and lessees of new 2014 model-year vehicles and is based on a 233-question battery.

Some people still buy cars. Yes, really. While most news accounts lament the decline in car sales, not every vehicle sold in America is a new SUV or pickup truck. About 30 percent of new vehicles sold are cars, which…

There’s something about getting your hands on the steering wheel of a new car that can’t be replaced. And it apparently doesn’t matter whether you’re a millennial – or an older shopper. As millennials – people born between 1980 and…

Green with envy. That may be the feeling you get the first time you see a special-edition 75th anniversary Jeep® brand vehicle wheeling down the road – or up a mountain. And who could blame you, considering the Jeep model…