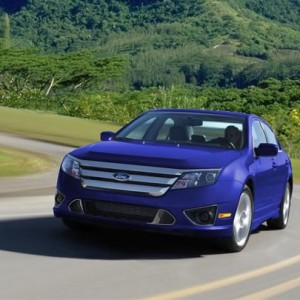 American consumers are more loyal to Ford Motor Company than other major auto manufacturers, such as General Motors, Toyota and Volkswagen, says a report from Experian Automotive and posted online by The Car Connection – Blogs and News.

“Ford has the competition beat,” said the recent Car Connection online post by Richard Read. “Ford dominated the showrooms in both corporate and brand loyalty during the last three months of 2012.” Corporate loyalty is a consumer’s devotion to a particular automaker, regardless of brand, while brand loyalty means, for example, a Ford customer returns to purchase another Ford.

Perhaps the best example of the reasons behind the Ford surge in customer brand loyalty is the Fusion.

Recently rated the “Best Car to Buy 2013” by The Car Connection, Fusion inspired six of 10 shoppers who owned a previous version of the vehicle to opt for another Ford (though not necessarily a Fusion).

And the 2013 model could be poised to continue that resurgence in Ford brand loyalty:

“The Fusion earned the highest rating of all brand-new or significantly updated mainstream vehicles this year, fending off close challenges from the Honda Accord, the Cadillac ATS, and the Cadillac XTS,” reported Car Connection in a story by Marty Padgett. “As we wrote in our full review, the 2013 Ford Fusion has rock-star good looks and handling – and it doesn’t cheat on room or safety to get them.”

The automaker also dominated Experian’s ranking with eight vehicles total making the Top 10 (only the Kia Forte and the Chevrolet Sonic prevented Ford from sweeping the list). Besides the Fusion, Fords that made the Experian list were the Flex (58 percent loyalty to the brand), Edge (57.1), Five Hundred (53.3), Fiesta (53.2), Escape (52.8), Focus (52.1) and Taurus (49.3).

“Of all the Ford owners who bought new cars in Q4 of 2012, 47.9 percent of them drove off with a Ford or Lincoln. That put Ford at the top of the corporate loyalty heap,” wrote Read for The Car Connection.  “Coming in a very close second in corporate loyalty was General Motors, with a customer return rate of 47.7 percent. … Toyota rounded out the top three at 46.9 percent.”

Brand loyalty results also favored Ford, with 47.1 percent of Ford owners who shopped for another vehicle in Q4 purchased another Ford, according to the Car Connection post.

Owners of Ford models “were likely to purchase another Ford-branded vehicle,” Read reported. “Coming in a statistically distant second was Mercedes Benz, which had 43.7 percent return customers” among those who shopped for another vehicle in the last three months of 2012.