Goldilocks and the Three Bears.

And now you probably are wondering what that has to do with cars.

Bear with us … For some drivers, small cars are too, well, small for family, travel, work and other needs, just as other cars, trucks and SUVs are too large.

But, like the third bed in Goldilocks, midsize cars can be just right.

Especially if they have earned a Top Safety Pick or Top Safety Pick+ award from the Insurance Institute for Highway Safety (IIHS) and the Highway Loss Data Institute, which conduct annual crash tests.

The insurance group has selected a dozen moderately priced midsize cars and another five luxury/near luxury midsize cars among 61 new models. Overall, vehicles range from small and minicars, which we covered last week, to minivans, SUVs and pickups appearing over the next two weeks.

Four manufacturers earned a pair of TSP+ awards each in the moderately priced category – Honda for the Accord two-door coupe and four-door sedan, Subaru with the Legacy and Outback, Toyota for its Camry and Prius v, and Volkswagen for the Jetta and Passat.

Other TSP+ award winners in the moderately priced category were the Chrysler 200, Mazda 6 and Nissan Maxima, while the Chevrolet Malibu Limited earned a TSP award.

Volvo received two TPS+ awards in the luxury/near luxury category for the S60 and V60. Other TSP+ winners in the category were the Audi A3, BMW 2 Series and Lexus ES 350.

“We asked auto manufacturers to do more this year to qualify for our safety awards, and they delivered,” said Adrian Lund of IIHS. “For the first time a good rating in the challenging small overlap front crash test is a requirement to win, in addition to an available front crash prevention system.”

The IIHS tests evaluate two aspects of safety, crashworthiness, or how well a vehicle protects its occupants in a crash, and crash avoidance and mitigation, technology that can prevent crashes or reduce their severity. The organization rates vehicles good, acceptable, marginal or poor based on performance in five tests, moderate front overlap, small front overlap, side, roof strength and head restraints. IIHS also assigns vehicles with front crash prevention systems ratings of basic, advanced or superior.

The insurance group inaugurated the Top Safety Pick program for the 2006 model year to help consumers identify vehicles with the best safety performance.

And pick the one that is just right. 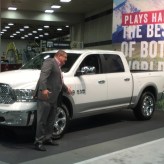 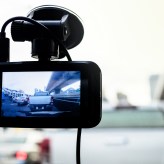 Dash cams may be the next big thing in new vehicle features – if car shoppers have their way. A recent survey of more than 1,000 vehicle owners by research company AutoPacific found that seven out of 10 want built-in… 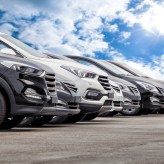