More car shoppers will drive off dealership lots this year in an SUV than any other type of vehicle.

And some of the best SUVs – and crossovers, or CUVs – reside at the top of vehicle quality rankings, winners and runners-up in J.D. Power’s 2019 Initial Quality Awards.

They are among more than two-thirds of all new vehicles sold in the U.S. this year that will NOT be cars.

Almost half the vehicles sold in 2019 – about 48 percent – will be sport utility vehicles, built on truck frames, or their smaller siblings, crossover utility vehicles, which ride on car frames. And if you add pickup trucks and minivans to the vehicle equation the total reaches 68 percent.

Chevrolet was the only two-segment winner with the Equinox among compact SUVs and the Tahoe among large SUVs, while adding a third with the Silverado HD large heavy-duty pickup. Besides the Sportage, the Kia Sedona also won the minivan segment award.

Ford, Nissan, Toyota, Hyundai, Kia, Chevrolet and Lincoln each had several models, a total of 26, at or near the top of the Power awards rankings, which comprised a total of 34 vehicles.

Following are the award winners in the seven SUV segments:

Here are the winners and runners-up in the three truck segments:

Following are the top three minivans:

Initial quality is measured by the number of problems experienced per 100 vehicles (PP100) during the first 90 days of ownership, with a lower score reflecting higher quality.

Watch for an upcoming report about J.D. Power results on car model rankings. 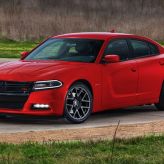 This isn’t the first – and it won’t be the last – vehicle quality awards list you’ll read. But Strategic Vision of San Diego, CA, is certain they have the formula for a definitive list. And Fiat Chrysler Automobiles (FCA)… 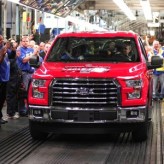 And then there was one. The Ford F-150 pickup truck has been named by Kelley Blue Book Overall Best Buy of 2015 from among 12 vehicle category winners honored as the top new model year choices available in the U.S…. 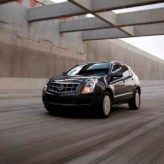 General Motors. Chrysler. Toyota. Lexus. The four manufacturers were named in multiple categories in 2013 Vehicle Satisfaction Awards by AutoPacific marketing and product-consulting firm. The company, which seeks to identify “the most satisfying cars on the market and help consumers…