Most people have heard of the hit television comedy series “Orange Is the New Black” about a public relations executive serving time in prison.

Well, apparently, orange also is the new red for used-car shoppers, according to iSeeCars.com.

“Orange is the new hot car color when it comes to men’s preferences,” said Phong Ly, CEO of iSeeCars.com, which analyzed more than 25 million used cars for sale and 200,000 consumers who inquired about used cars on the website in the calendar year 2014.

“The most popular car colors – black, white and silver – didn’t change dramatically, but what’s striking is how much more interest men have for the non-traditional colors now,” said Ly.

Two car colors dropped out of the men’s top three, with red ranked fourth and black ranked fifth, reported iSeeCars based on its study, “Gender and Car Color Preference Study,” which compared the differences between men’s and women’s preferences for certain colors.

Men have a stronger preference for brighter car colors than women, according to iSeeCars, a vehicle research website, while women tend to prefer more mainstream, neutral car colors.

The results show that men prefer orange vehicles by a margin of 25 percent over women, by far the biggest difference in the study, followed by brown at 9.8 percent and yellow at 6.3 percent over women. Men also preferred red, black, green, gray, blue and white more than women by declining percentages.

Women, meanwhile, prefer the color gold by a margin of 11.2 percent over men, followed by silver at 7.1 percent and beige at 5.6 percent, the study showed.

“This signals a trend of men’s attitudes shifting away from the classic colors of red and black toward less mainstream colors” such as orange, brown and yellow, said Ly, with men’s preference for orange cars more than doubling and preference for yellow cars more than tripling over the previous year.

iSeeCars attributed the shift to orange, at least, in part to the growth of the “muscle car” segment, which tends to attract more male buyers. “The segment experienced a 73.3 percent increase in market share for orange cars and a 30.2 percent decrease for red cars,” the website reported.

The increased interest in brown vehicles among men accompanied “an influx of rich brown tones in the male-preferred luxury and muscle car segments,” according to iSeeCars. The market share of brown luxury cars rose 16.2 percent and brown muscle cars increased 53.3 percent.

“Beyond simply noting the most popular car colors from one year to the next,” Ly said, “analyzing the shifts in consumers’ color preferences can signal where the industry will head in terms of color options.”

So, don’t be surprised to see a lot more orange and brown muscle on the road in the future. 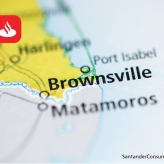 Drive southeast from San Antonio, TX, on Interstate 37. Then turn right onto I-69E and U.S. Highway 77 on the outskirts of Corpus Christi, and head south toward Kingsville, Harlingen and the tip of Texas. When you’ve gone as far… 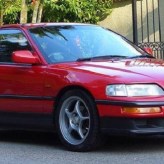 Less than a mile per gallon. That’s all the further improvements in technology have gotten us in more than two decades. On-road fuel economy for the entire fleet of vehicles – cars, trucks, buses and motorcycles – improved to 17.6…