Mad Max is on the road to possible movie immortality with 10 Academy Award nominations, including best picture and directing categories.

But the post-apocalyptic road-rage rally, which features a bevy of dune-buggies-on-steroids chasing protagonist Mad Max down Fury Road, isn’t the only spotlight movie pumped up with amazing vehicles.

It’s just the one that’s most over the top – which is going some considering “Furious 7” also is on the list.

Mad Max is not even the only road trip movie getting attention – with “The Martian” (OK, it’s a stretch) also in the running to win the coolest dashboard figurine ever, a golden statuette called Oscar.

“The Martian” was nominated in seven categories, including best picture and best actor. In it, Matt Damon plays a marooned astronaut who, after being left behind, eventually sets off across the planet’s desert surface to a destination from which he hopes to be rescued – the ultimate road trip.

Other car-crossed movies getting Oscar attention with the number of nominations are “Bridge of Spies” (six, including best picture) and “Straight Outta Compton” (one for best original screenplay).

Several others that would be nominated in the movies-with-cool-cars category if the Academy Awards had that are the James Bond movie “Spectre,” which earned one nomination for best original song, and “Furious 7,” which actually was the subject of grousing for NOT receiving a bid in the same category.

Some standout vehicles from these movies are:

The Mars rover, based on NASA’s Multi-Mission Space Exploration Vehicle.

And the winner for the movie with the coolest cars is … 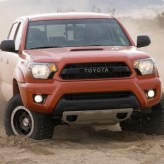 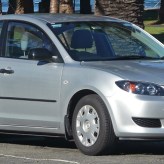 New vehicle or used, students (and their parents) have options. Kelley Blue Book and Edmunds, both of which are recognized widely for their automotive expertise, have offered complementary recommendations for back-to-school vehicles. KBB’s “A-List” comprises 10 models from 2015 and… 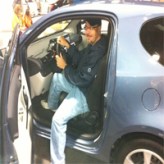 Chevrolet Cruze and Sonic, Honda Fit, Nissan Versa, Dodge Dart. These are just five of the names sparking big interest in today’s American small-car market. There are others – including Ford Focus and Fiesta; Fiat 500; Hyundai Accent and Elantra;…